Microplastic in human tissue – is it there or not? 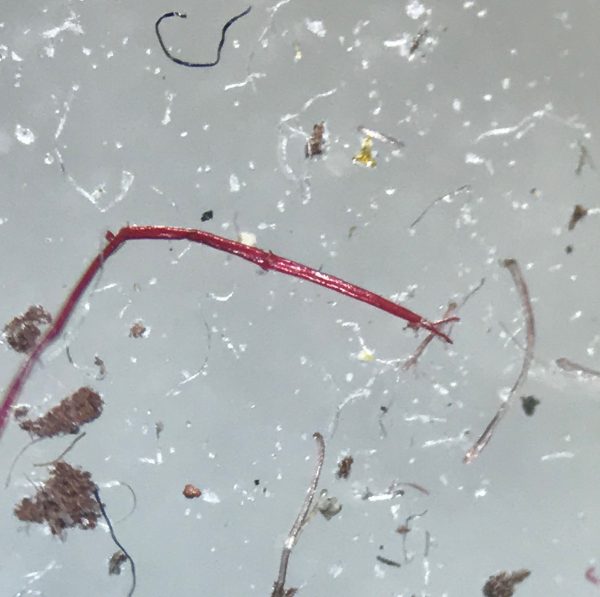 What are clothes made from? Will they biodegrade?

How to take part in the Microplastic Challenge

How many micro-plastic fibres have you eaten or drunk today? Are they bad for your health?

Where did they come from? The fibres seen above were found in drinking water.

STEM the lens         URGENT– Calling all people who wear contact lenses.   Contact lenses are not bio-degradable. DISPOSE OF USED CONTACT LENSES IN THE SOLID WASTE, DO NOT WASH DOWN THE SINK OR FLUSH DOWN THE TOILET.

How many microplastic fibres come from your washing machine?

In a rubbish tip in Pakistan, an amazing discovery was made. The fungus Aspergillus tubingensis was degrading the plastic, polyurethane. The mycelium of the fungus spread into the polyurethane and it broke down in a few weeks rather than many years. This was seen using scanning electron microscopy. The technique of Fourier Transform Infrared Spectroscopy was used to confirm the breakage of the chemical bonds. This is a very important observation in the battle against plastic pollution.

How to identify, measure and count microplastic fibres

How to make and see microplastic fibres from clothing

How to find microplastic fibres in the environment

What is a microscope and how to use it.