The Young Darwinian has been founded by Professor Anthony Campbell and his wife, Dr Stephanie Matthews. For over 30 years, they have been actively involved in exciting school students about science and natural history, leading to the establishment of The Darwin Centre in Wales.

ABOUT US – OUR BACKGROUND

The Young Darwinian has been founded by Professor Anthony Campbell and his wife, Dr Stephanie Matthews. For over 30 years, they have been actively involved in exciting school students about science and natural history, leading to the establishment of The Darwin Centre in Wales (see www.darwincentre.com). This has had a huge impact on science education in Pembrokeshire, and Wales as a whole, and has led to many students carrying out projects, attending workshops, and being stimulated by field trips, such as the Great Millennium Glow-worm hunt. Yet there was no vehicle for them to publish their projects and experiences. Nor was there a way they could get positive feedback, and have evidence in their CV that they have benefited from such experiences. The Young Darwinian has been set up as an International journal to achieve this. 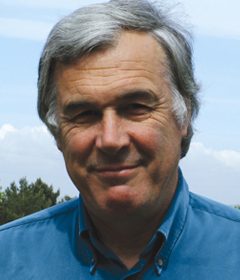 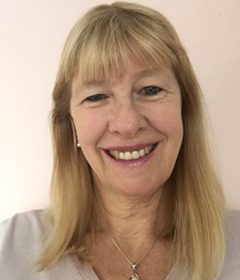 The primary aim of the journal is to provide an inspiring vehicle, catalysing students to carry out projects and to publish their own work, ideas and experiences. These experiences will include natural history and engineering observations, work experience, field trips, and visits to museums, science centres and companies. Further aims are: He believes passionately about communicating science to the public, and in exciting pupils and students about natural history and cutting edge science. This led him to found the Darwin Centre (www.darwincentre.com) in 1993, now in Pembrokeshire. He also founded the Public Understanding of Science (PUSH) group at Cardiff University in 1994, which organises many events with schools and the public. He gives regular talks on food intolerance, Darwin, and bioluminescence, at scientific meetings, to schools and the public. He won the Inspire Wales award for Science and Technology in 2011. He was elected a Fellow of the Learned Society of Wales in 2013. He is a Fellow of the Linnean Society, and was elected to the Council of the in 2013. He founded The Young Darwinian, with his wife Stephanie Matthews, in 2017. Here is his Cardiff University, School of Pharmacy  web page: http://www.cardiff.ac.uk/people/view/90830-campbell-anthony.

Here is the front cover of his new student book published by Wiley this year (2018). The Young Darwinian has a Management Team

Editorial Assistant: To be appointed

Marketing Manager: To be appointed