Charles Darwin was one of the greatest naturalists of all time. His BIG idea of Natural Selection is the unifying principle in biology and medicine

So why Darwin? Charles Darwin was one of the greatest naturalists of all time. His BIG idea of Natural Selection, co-discovered by Alfred Russel Wallace, is the unifying principle in biology and medicine. But Darwin’s first scientific love was chemistry, having the nickname ‘Gas’ as a boy. On his return from The Beagle, he was, in fact, more famous as a geologist than a biologist. His grandfather Erasmus Darwin was also a genius. Erasmus lived in the 18th century, and was a polymath. He was rated as the best doctor in England, pioneered the use of plant extracts to treat patients, was the first to describe photosynthesis, and was an experimental scientist and inventor, supported major engineering projects such as canal building. He was also an entrepreneur, helping to found the industrial revolution in Britain. Amazingly, Erasmus was also one of the most important poets at the end of the 18th century. As Erasmus once wrote; ‘A fool is man who never did an experiment in his life’. It is the legacy and inspiration of Charles and Erasmus that The Young Darwinian takes forward in the 21st century. Curiosity inspires, Discovery reveals.

THE LOGO – THE MYSTERY OF THE BEAKS

The Young Darwinian logo represents the beaks of four finches found in the Galapagos by Charles Darwin, that triggered him to think about adaptation in different environments. Each finch has a different shaped beak adapted to a particular food supply. In fact, Darwin didn’t realise the importance of the finches, until John Gould, an expert ornithologist, pointed out how interesting they were. Darwin was cross with himself, as he hadn’t recorded accurately from which Galapagos Island each of his specimens came. The term ‘Darwin’s finches’ was first used by Percy Lowe in 1936, but became famous as a result of David Lack’s book ‘Darwin’s finches’ in 1947. These beaks are still relevant today. Peter and Rosemary Grant have researched for over 25 years on the Galapagos. By measuring very carefully the size and shape of the beaks in different species, they have shown, in their pioneering studies, that the finches can evolve quite quickly, particularly if there is a major environmental challenge such as catastrophic storms.

Have a look at the birds in your garden, and see if you can work out what food each species is best adapted to eat (Picture here). Try putting out seeds of different types, as well as small worms and other invertebrates. Then watch and see which species choses which food. The results will be fascinating. Have a look at a seagull next time you are near the sea. If it is a herring gull or a lesser or greater black backed gull, then there will be a red spot on the lower mandible (Picture here). This is the target for a chick. When the chick’s beak hits the red spot, the parent disgorges food for it to eat. This was discovered by the famous Dutch biologist Niko Tinbergen (1907 – 1988), who won the Nobel Prize for Physiology or Medicine in 1973, with Karl von Frisch and Konrad Lorenz, for understanding of animal behaviour. Tinbergen made models of the beaks with different coloured spots. He then counted the success rate of chicks hitting them. A red spot achieved nearly 100% success. But without a spot the chick hits were only 20% successful (Graph picture). All birds have beaks adapted to their behaviour, both in obtaining food and mating. This includes grain, insects, fruit, mud probing, and scavenging. See Wikicommons https://en.wikipedia.org/wiki/Beak#/media/File:BirdBeaksA.svg by L.Shyamal for examples.

Charles Darwin grew up in Shrewsbury in the county of Shropshire, England. But he was close to North Wales. He loved it there. In 1831 he went on a geology trip with one of his Cambridge mentors – Adam Sedgwick –  a pioneer geologist. He wrote on The Beagle, that without this trip he could not have mad so much of  the geology during the voyage. When he got back home from North Wales, there was a letter inviting him to be the naturalist and companion to Captain FitzRoy on The Beagle. During the north Wales trip he visited Cwm Idwal in the Snowdonia mountains, an inspiring place, famous for botany and rock climbing. The British group who first conquered Everest practised there. When Darwin examined the rocks around Idwal he thought it was not glacial. He was wrong, and corrected himself after a visit when he returned from The Beagle. Sam Howe has made a lovely video about this (see link below). 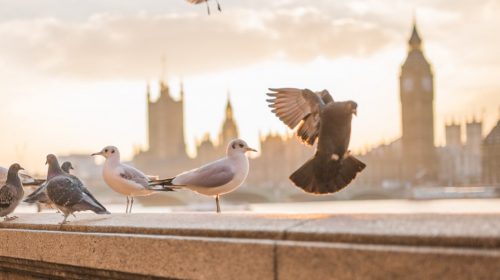